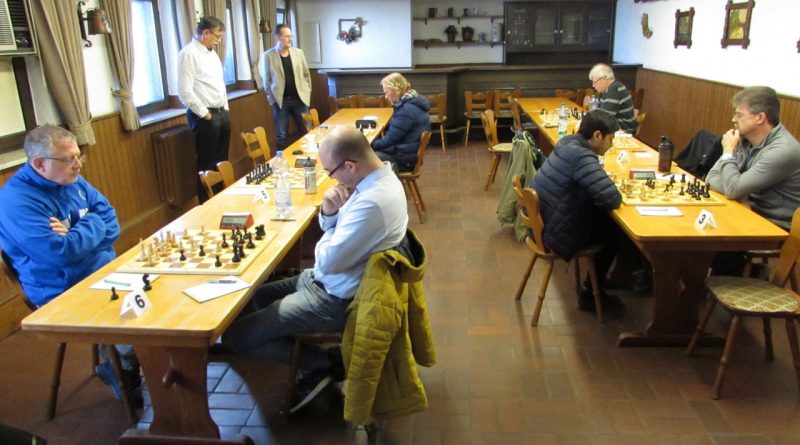 This report is dedicated to Georgios, Shivam and Emil, who always have to patiently listen to our lousy English.

The first team competed this time against SC Bad Nauheim 1 and achieved a respectable 4:4. MiP I is with 4 points only one point behind the championship leader SC Fulda 1! Björn, Bergit and Andreas scored full points, Karsten S. and Lukas made a draw.

„Time is what you read from the clock“ (Albert Einstein)

MiP II played against Fechenheim 1 in a cozy environment in the Fischerstube, see picture. Jörg diagnosed typical party cellar interior of the 70s. It was 3:2 for Fechenheim and Shivam struggled in a game of over 6 hours, but the position actually only gave a draw.

MiP III played against Bad Homburg 8 and made a 2:2 through victories by Lorenz and Felix. The Seniors, thanklessly, both had to play with black.

Funny on the side: A MiPler gave up in a probably lost position with 2 minus pawns, because he also assumed the loss of a rook. 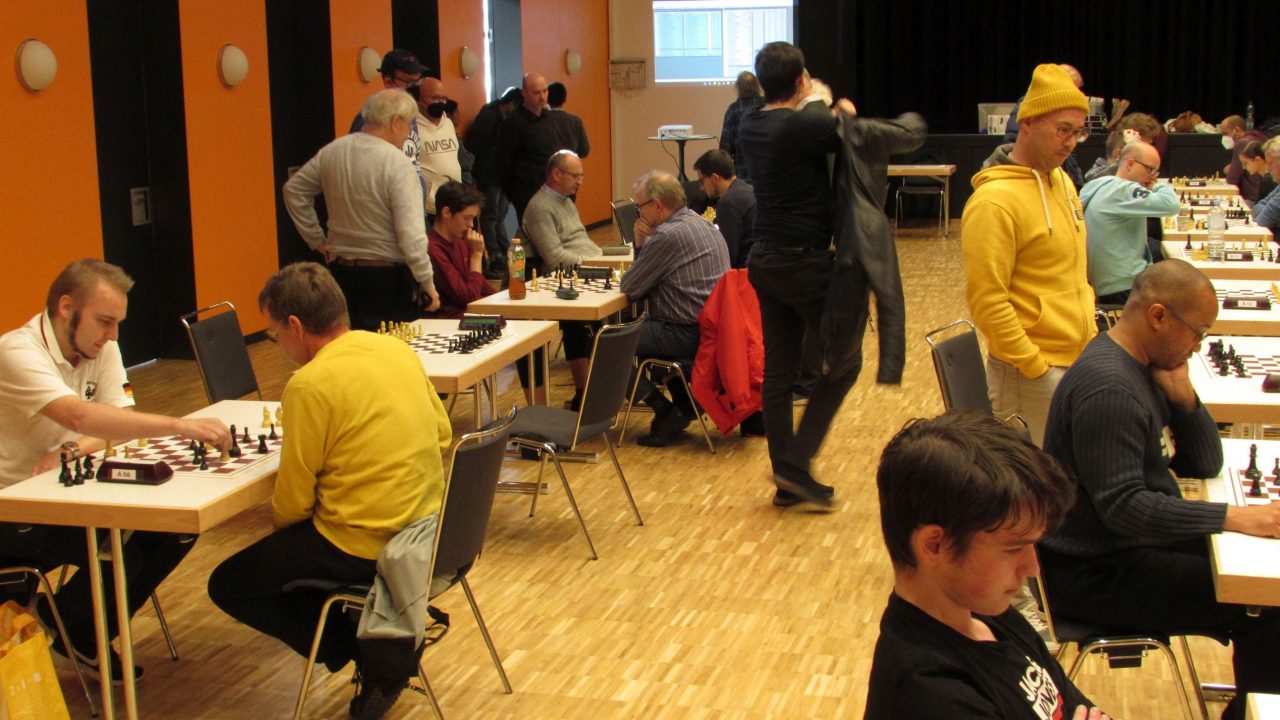 Jörg, Herbert, Geralf, Shivam, Felix and Theo joined the rapid chess championship of the district. Jörg took a very good 7th place with 5 out of 7! Herbert narrowly missed the senior championship with 4.5; 5 would have been necessary. Felix earned a respectable 4/7 points in his first tournament. All results see:

Because of the holiday, only 7 players took part in our monthly Blitz tournament this time. But it was high, as very strong guests introduced themselves. Niklas shot down the bird with 6 out of 6. 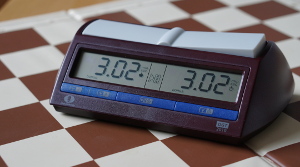 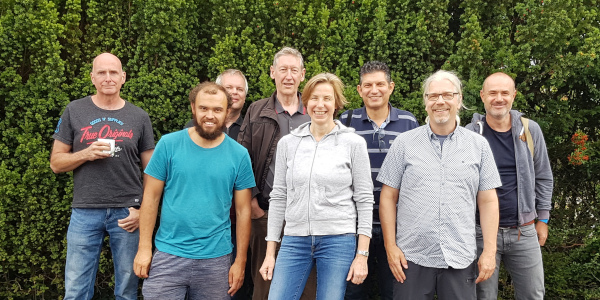 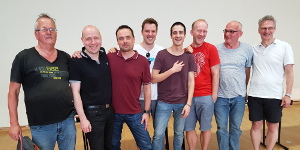 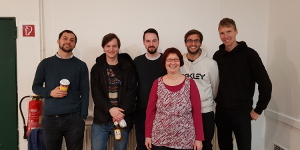